After Saturday blockade by Indigenous leaders and allies, Kinder Morgan announces project to be canceled by May 31 unless BC comes on board

Grand Chief Stewart Phillip, President of the Union of BC Indian Chiefs (UBCIC), stated “We said we wouldn’t let Kinder Morgan’s ticking, highly toxic time-bomb of a pipeline expansion happen and we won’t.  Kinder Morgan’s surprise announcement today demonstrates that when people unite and work together to protect Indigenous Title and Rights and the environment, and to stop climate change, we can win.  The proposed Trans Mountain Expansion project is coming to a screeching stop and we will be there until the end. This ill-conceived dirty oil pipeline will never be built.”

Indigenous leaders and people across Canada and the U.S. have promised escalating action to stop this pipeline from moving forward. International opposition to the tar sands project is on the rise.

“Rachel Notley’s increasingly wild threats to get the Kinder Morgan TMX pipeline rammed through are completely devoid of any acknowledgement that the project cannot happen without Indigenous consent,” said Chief Bob Chamberlin, Vice-President of UBCIC. “Even if Alberta becomes a shareholder in Kinder Morgan, that pipeline is simply not going through Indigenous territory without the ‘free, prior and informed consent’ of the Indigenous peoples impacted, as provided in the United Nations Declaration on the Rights of Indigenous Peoples.”

Chief Judy Wilson, Secretary-Treasurer, stated “Yesterday, the full political Executive of the UBCIC stood with Indigenous leaders including my mom Minnie Kenoras, and expressed our staunch opposition to the TMX project.  It is no accident that today, Kinder Morgan has announced the beginning of the end. Opposition continues to grow as people learn of the devastating effects this pipeline expansion would have. This should be a warning to all investors: you must respect Indigenous Title and Rights, or your projects have no certainty.”

Current opposition to Kinder Morgan’s pipeline and tanker project includes the Province of British Columbia, the state of Washington, the cities of Vancouver, Burnaby, and Victoria and 19 other BC municipalities as well as 250,000 petition signers and more than 23,000 who have pledged to do “whatever it takes” to stop Kinder Morgan’s risky and destructive pipeline and tanker project. 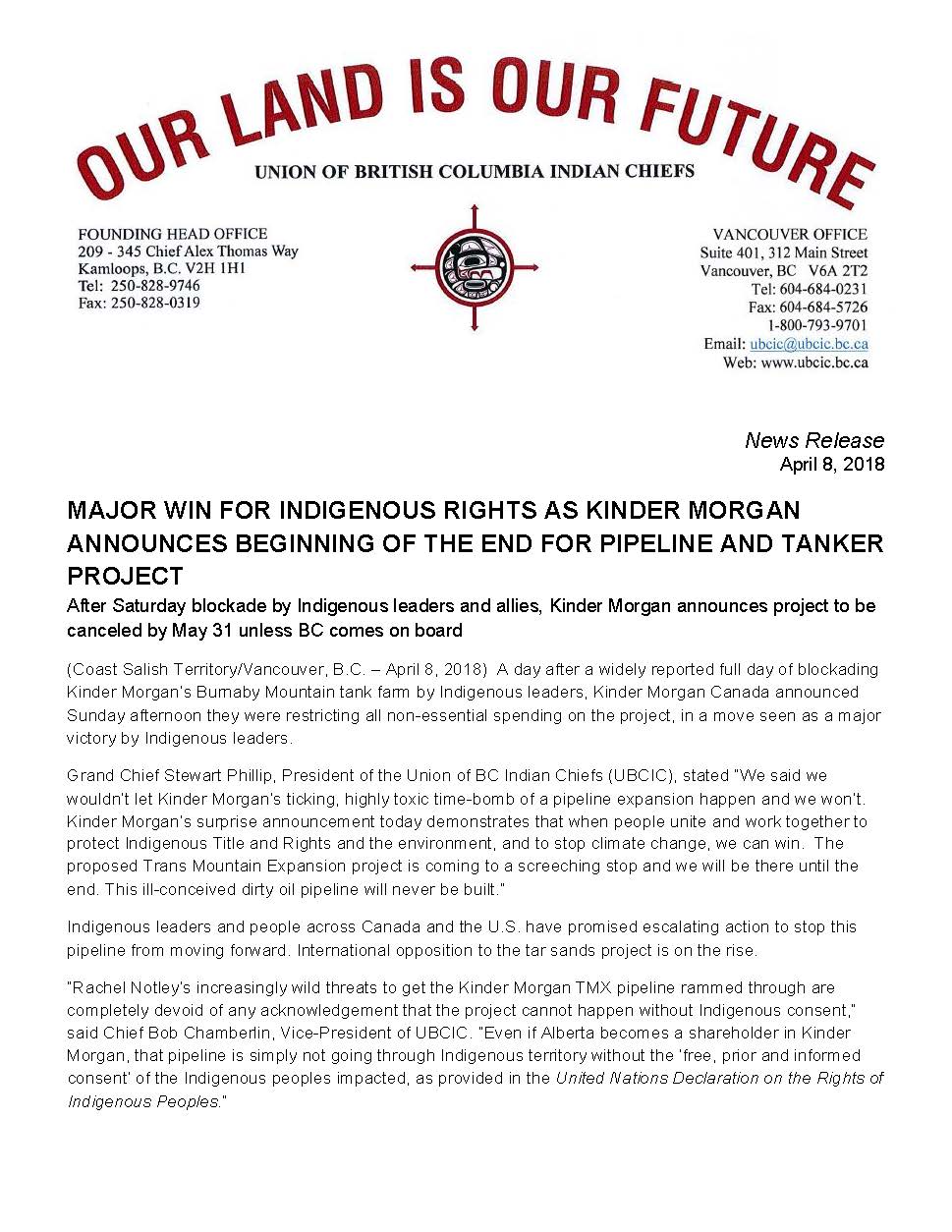 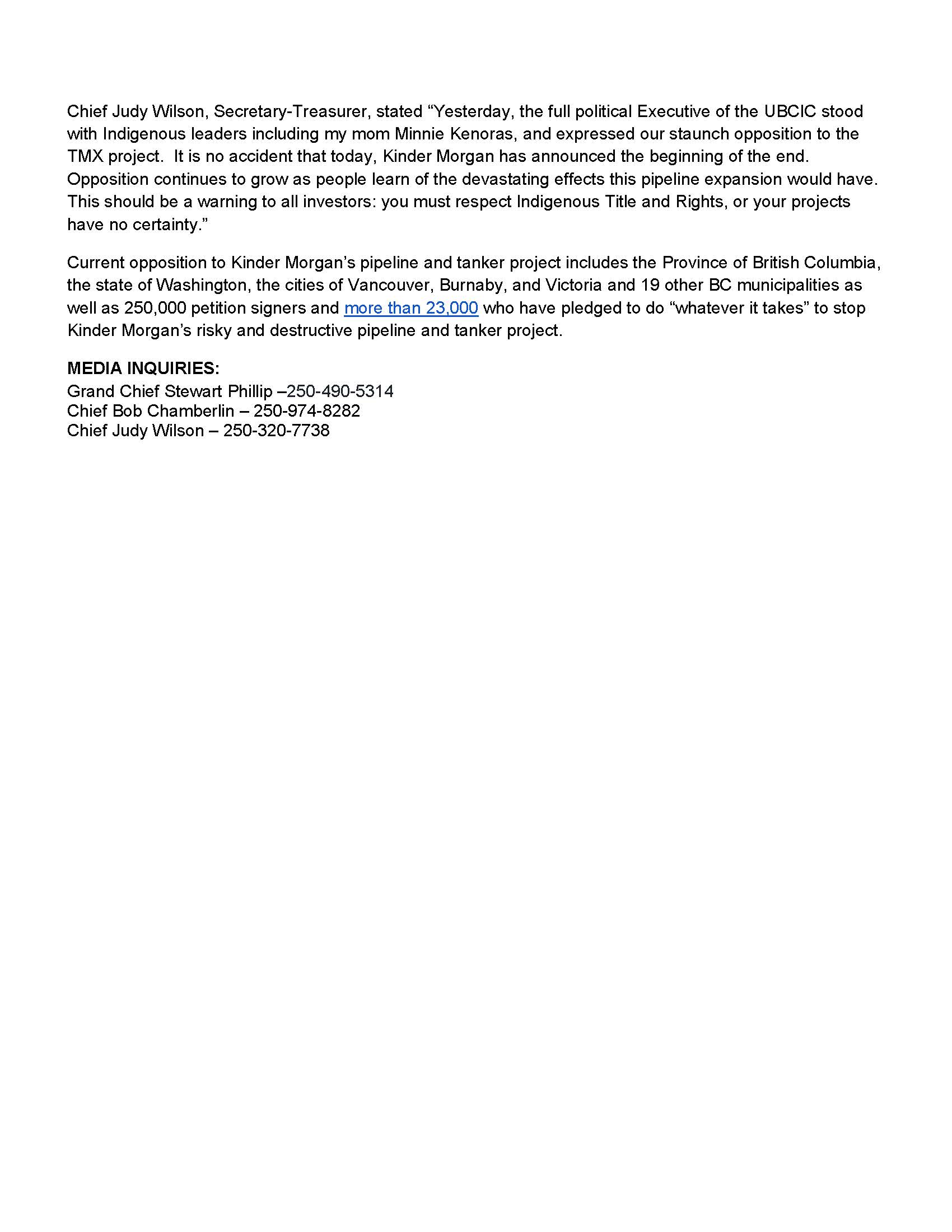