In October 2008, Grand Chief Stewart Phillip concluded his fourth consecutive four year term as Chief of the Penticton Indian Band (PIB), and served the Band as Chief for a total of 16 years.  In addition, he served as an elected Band Councilor for a 10-year period.  Aside from serving as a member of the PIB Council for a total of 24 years, and served as the Chair of the Okanagan Nation Alliance for 15 years.

In October 2006, the Okanagan Nation, led by the Elders of the Penticton Indian Band, acknowledged his lifetime commitment to the defense of Indigenous Peoples' Title and Rights by bestowing on him and his family the rare honour of the title of Grand Chief.

Aside from serving as a member of the PIB council for a total of 24 years, he is proud to be in his eighth three-year term as the President of the Union of BC Indian Chiefs.

He has taken an active role in the defense of Aboriginal Title and Rights by readily offering support to Native communities in need. He has taken a personal approach seeing first-hand the impact of fish farms in the Broughton Archipelago, lobbying on Parliament Hill to defeat the First Nations Governance Act, standing with Elders of Treaty 8 against oil and gas development in the Peace River, burning referendum ballots with fellow chiefs in protest and has stood on the steps of the Legislature with 3000 other people united under the Title and Rights Alliance banner.  In November 2018, Grand Chief Phillip was awarded a Doctor of Laws, honoris causa, from the University of British Columbia for his life-long advocacy and work.

Grand Chief Phillip has been married for 34 years to his wife Joan. They have three grown sons, two daughters, six granddaughters and nine grandsons. He is currently enjoying his 32nd year of sobriety. In this regard, he is a firm believer in leading by example.

“I hereby commit to work collectively with the Chiefs of the UBCIC, the First Nations Summit and the BC Assembly of First Nations. We must work together to ensure the governments of Canada and British Columbia endorse and implement the UN Declaration on the Rights of Indigenous Peoples for our Nations and communities. We must work together to compel government to update the Comprehensive Claims Policy to reflect the many hard-fought court victories such as the Delgamuuk’w, Haida and William cases” -- Grand Chief Stewart Phillip. 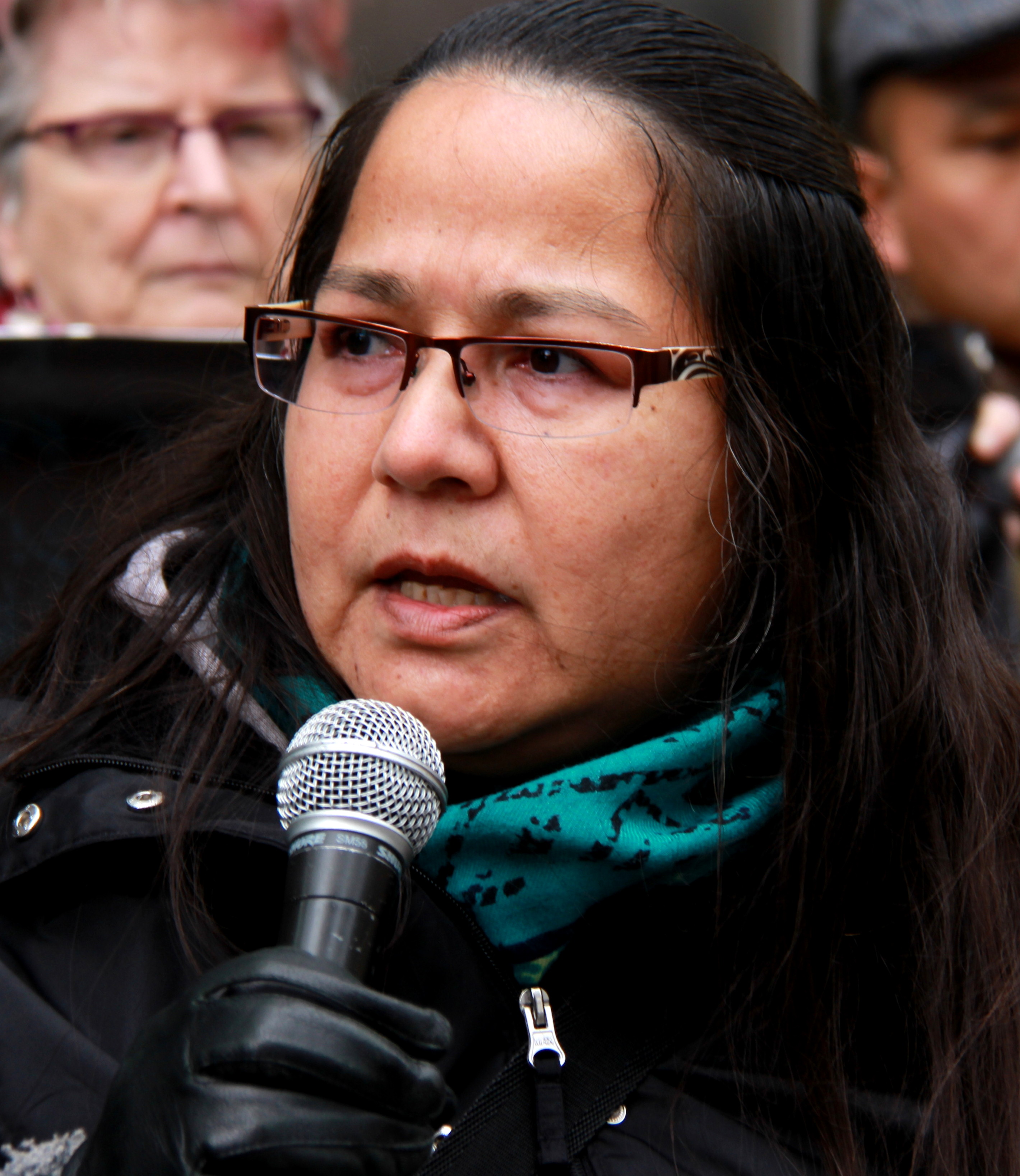 Chief Wilson has served her community for ten years as chief and eight years as a council member. She is a strong advocate for recognition of inherent title and rights and self-determination and for the fundamental shifts needed for the survival of all Peoples. These shifts involve transitioning to clean energy (not depending on fossil fuels or pipelines), changing consumer purchasing patterns away from big conglomerates toward local foods and lifestyles, supporting and maintaining traditional food security and harvesting, lessening our footprint on the land, and restoring lands, lakes, rivers, and oceans.

Chief Wilson is currently a member of the following boards and committees: the Union of BC Indian Chiefs Executive (as Secretary-Treasurer), the First Nations Leadership Council, the Assembly of First Nations Comprehensive Claims Policy Committee, the BC Specific Claims Working Group, the BC Small Business Roundtable, the Secwepemc Chiefs Health Caucus, the Rural BC/Southern Interior Beetle Action Coalition, and several other community-based committees. She has formerly served on the BC-Canada Tripartite Children and Family Working Group, the BC All-Chiefs Task Force, the First Nations Child and Family Wellness Council, the First Nations Technology Council, and the Secwepemc Cultural Education Society.