They called upon the federal government to reject the project.

The delegation included the hereditary chiefs of Lelu Island, a former Lax Kw'alaams Mayor, President of the Union of B.C. Indian Chiefs, and hereditary chiefs from the upriver Wet’suwet’en and Gitxsan First Nations.

“We have travelled to Ottawa to set the record straight with the Canadian government. As the proper title holders and decision-makers for Lelu Island and Flora Bank, we have not been properly consulted. Without our agreement, this project cannot and will not proceed,” said Simoyget Yahaan, hereditary chief of the Gitwilgyoots Tribe of the Lax Kw’alaams people.

Lelu Island, near Prince Rupert, B.C., is where PNW LNG proposes to build a $11.4 billion gas plant and shipping terminal. The project, currently awaiting a decision by the federal government, threatens Canada's second largest wild salmon run, and would become one of the largest greenhouse gas emitters in the country, undermining Canada’s international climate change commitments. The project, spearheaded by the Malaysian state-owned oil company Petronas, has been aggressively promoted by the B.C. government, which has publicly claimed that B.C. First Nations support the project.

“Contrary to the mythical claims of First Nations support being spread by B.C. government officials and Petronas lobbyists in Ottawa, there is a deeply entrenched, extensive and broad Indigenous opposition to the proposed PNW LNG project,” stated Grand Chief Stewart Phillip of the Union of B.C. Indian Chiefs. “Prime Minister Trudeau and his cabinet ministers can no longer pretend that this is not a significant factor in deciding if the project goes ahead.”

Members of the delegation brought a message from one of the most revered First Nations hereditary leaders in Canada, Simoyget Delgamuukw (Earl Muldon) of the Gitxsan First Nation. He said: “Petronas and the province have spent hundreds of millions of dollars lobbying Canadians and the federal government to approve a dangerous project. But they have been unable to buy our consent, and they cannot purchase our legal system. Nor can they hide behind rogue elected band officials acting without proper authority. The Prime Minister and, especially, the Justice Minister should be under no illusions - we will fight this ill-considered and illegal project, in the courts and on the land if need be, and we will win.”

Last year, Lax Kw’alaams communities emphatically rejected the PNW LNG project, even after more than $1billion in benefits was promised by the company. But last month, Jon Helin, newly elected mayor of the Lax Kw’alaams First Nation, wrote to Environment Minister Catherine McKenna signaling conditional support for the project – a letter that has been seized upon by the proponents as evidence of the community’s support. Last week, it emerged that the letter was not authorized by the band council and Helin had not consulted with hereditary leadership, the community, or even his own council before sending it.

“The B.C. government has been saying that we’ve changed our minds and support the project,” said former Lax Kw’alaams Mayor Txaxgax (Garry Reece). “That’s simply not true, and Jon Helin had no business sending a letter to that effect without consulting his elected council, hereditary chiefs and our community. That letter does not represent the position of the Nine Allied Tribes of Lax Kw’alaams.”

Many up-¬‐river First Nations have also come out against the project, which entails construction of an 800 kilometre pipeline that would cross dozens of First Nations territories and would impact salmon harvests. “First Nations leaders from the entire Skeena river are standing together in opposition to this project,” said Chief NaMoks of the Office of Wet’suwet’en. “As hereditary chiefs, it is our people who make decisions on our ancestral lands, not elected band councils. We cannot allow this project to move forward, and even if the Government of Canada grants it approval, we will tie it up in the courts through legal challenges."

“This project threatens all our communities’ food supplies,” said Glen Williams, Chief Negotiator of the Gitanyow First Nations. “It threatens our wild salmon, yet as upriver First Nations we have been side-lined in the environmental assessment of this project all along. We will protect our rights in the courts if we must.”

Last week, the Prince Rupert Port Authority, an arm of the federal government, threatened to initiate legal action against Yahaan and other Lax Kw’alaams community members if they didn’t remove a peaceful camp they built on Lelu Island last year. “Is this how Trudeau’s Liberals intend to conduct a new relationship with First Nations?”, asked Yahaan. “By siding with a foreign oil company, ignoring the legitimate leadership of our ancestral lands, threatening our cultures and livelihoods, denying us our Constitutionally protected rights, ignoring peer‐reviewed science, accusing us of trespassing on our unceded lands, and unleashing an environmental disaster that will hurt all Canadians? We shall not be moved.” 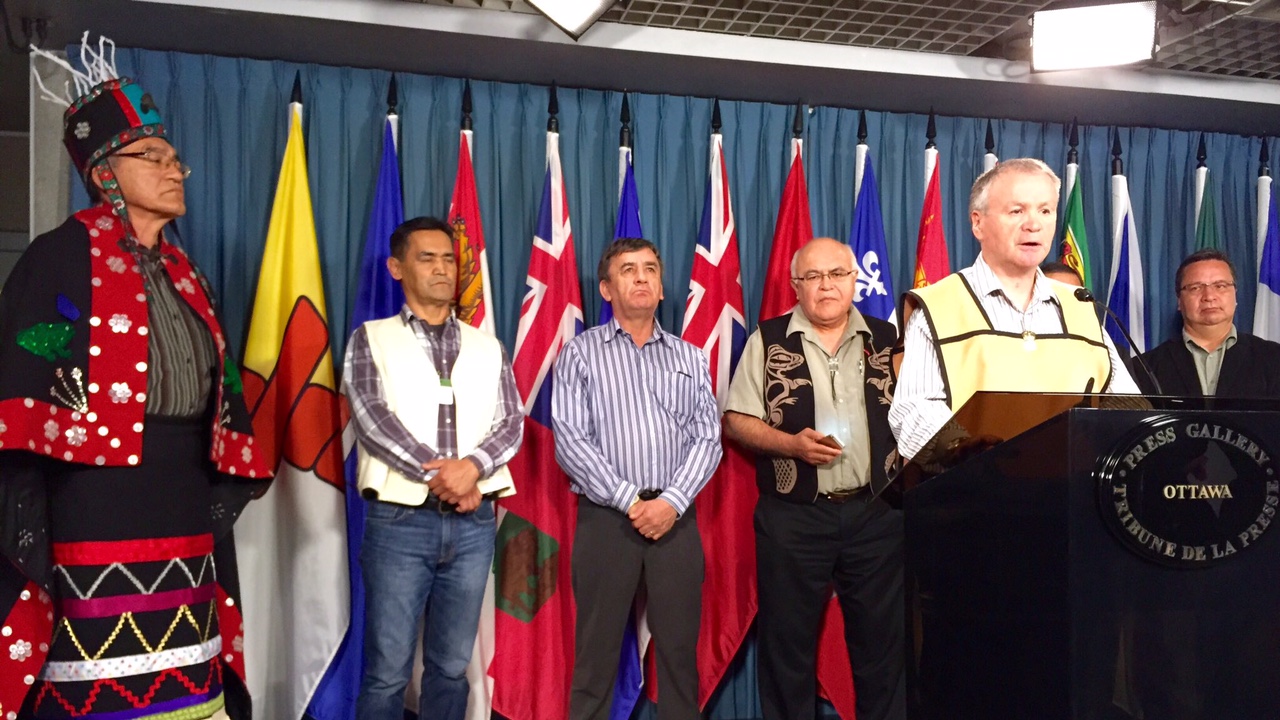 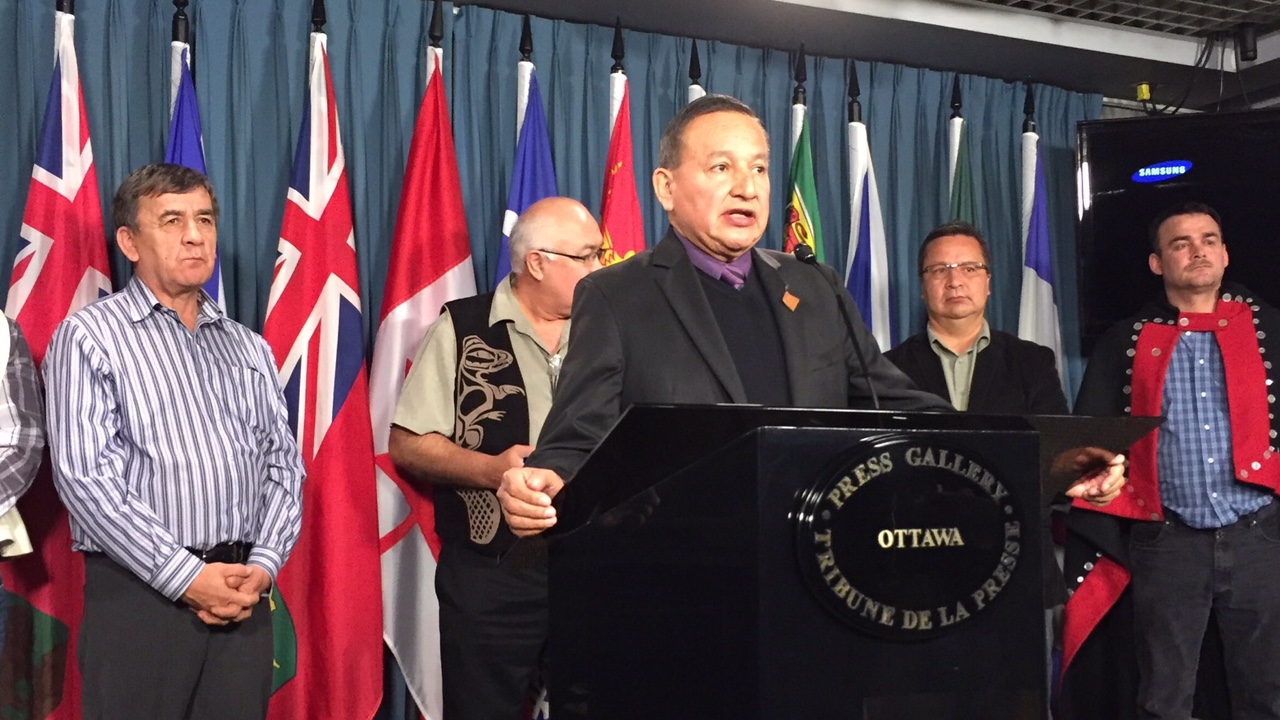 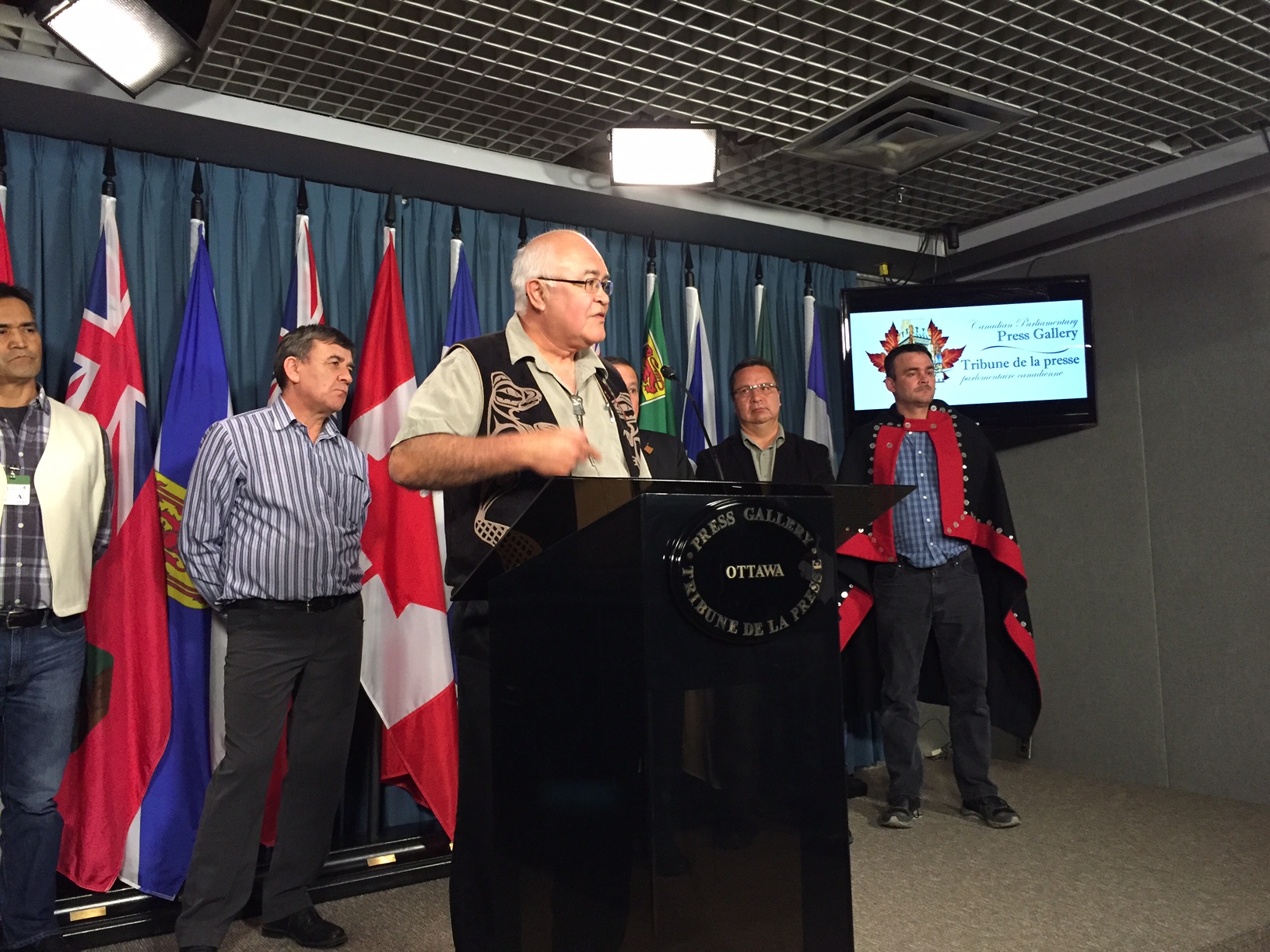 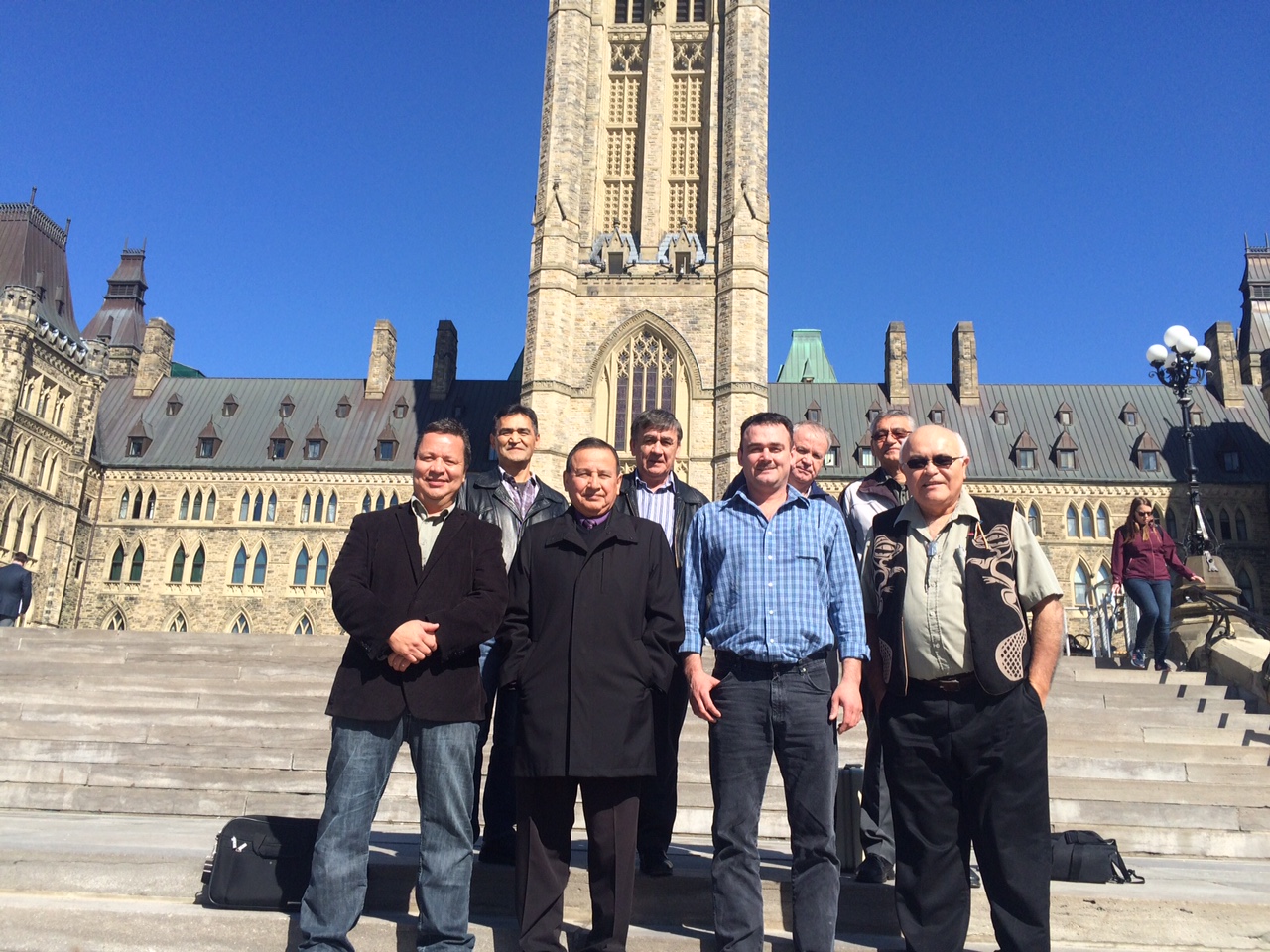