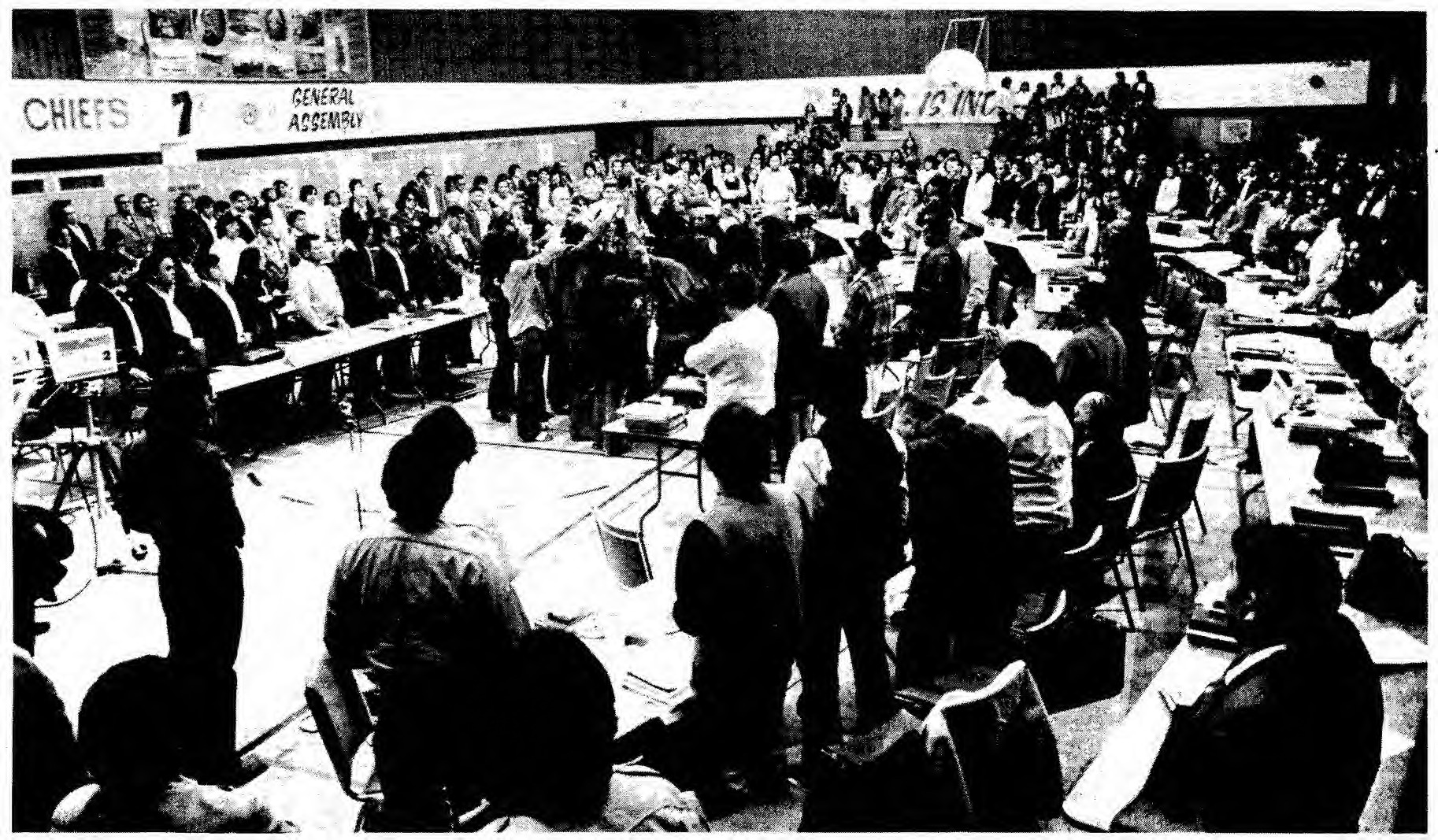 The 7th Annual General Assembly of the Union of BC Indian Chiefs (UBCIC), which was held April 21-25, 1975 in Chilliwack, BC, altered the Indian political landscape of British Columbia. A historic resolution to reject government funding was passed on April 24. The resolution was UBCIC’s response to growing frustration concerning the management of government programs for Indigenous populations in British Columbia.  A number of different issues were discussed, including drastic cutbacks to Band education funding, local control of Band funding, self-determination, and opposition to changes to the Indian Act. Even the identity of Indian people when dependent on government funds for essential programs and services was called into question. 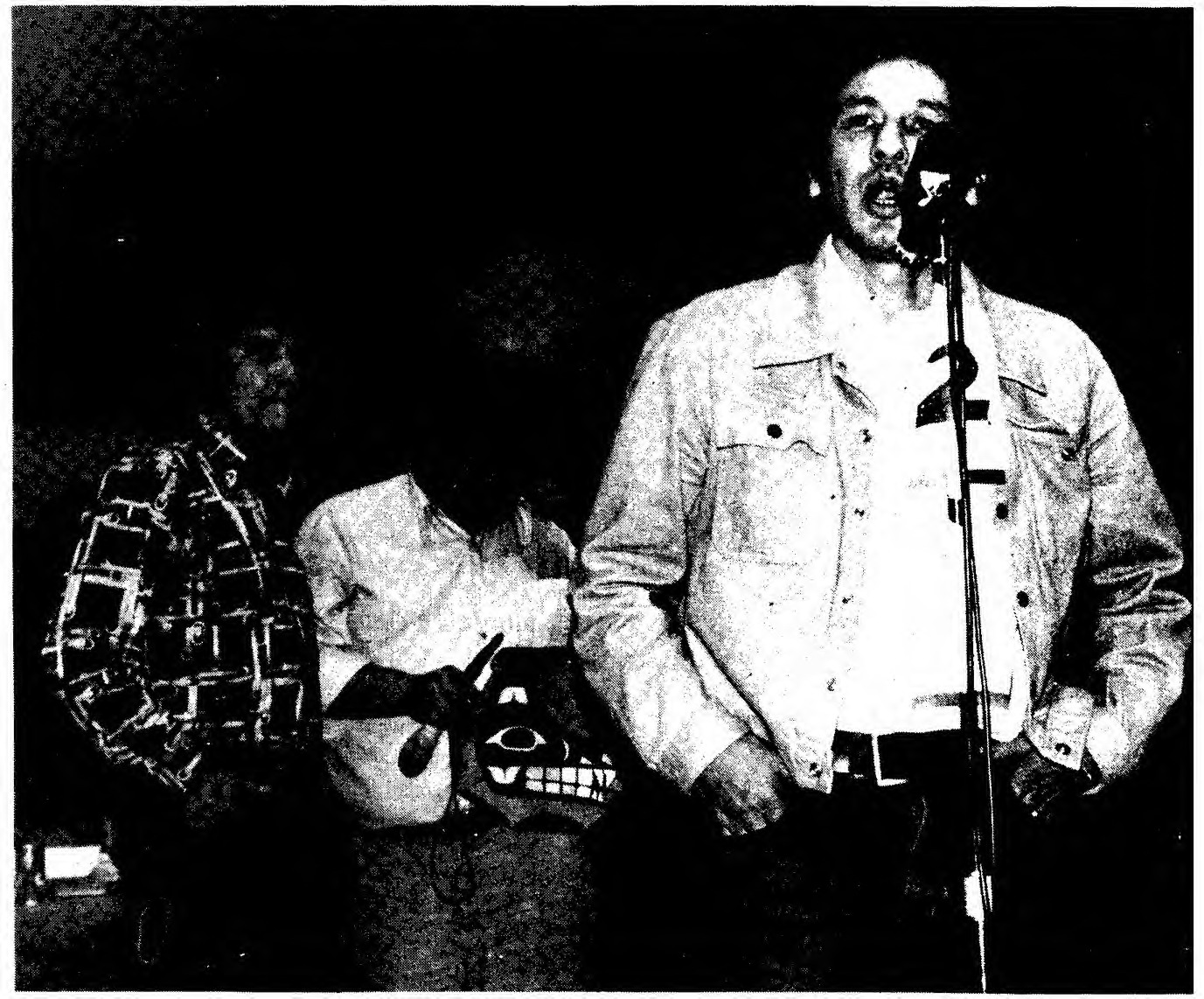 At the assembly on April 23, 1975, Philip Paul read a telegram sent from George Manuel, then President of the National Indian Brotherhood.  In the telegram, George Manuel called on “...the Chiefs of British Columbia to turn back all Department of Indian Affairs programs, including Band core funds as of June 1, 1975…”.  The resolution to reject all government funds, which was put forward by Ed John the following day, passed and became effective almost immediately. This refusal of funds signified the rejection of Canadian law and government control over Band programs.

The resolution was a bold action that sent shockwaves throughout the UBCIC membership.  Without solid support from other organizations, UBCIC stood alone in defying the Department of Indian Affairs, their program policy changes, and the possible shift from federal to provincial management of Indians in British Columbia.  Passing this resolution and following through with its hard line provisions proved a lasting legacy for the UBCIC.  It paved a clear path for UBCIC's position of defending the rights of Indian people above all else.  George Manuel later became President of UBCIC, leading the organization into a new era of political activism.

The UBCIC 7th Annual General Assembly Moving Images Digital Collection consists of 24 recordings of the meeting's proceedings.  The footage, which has been arranged in chronological order, was obtained by digitizing video recordings from UBCIC’s archival holdings.  The resulting footage has been minimally edited to remove culturally sensitive material in accordance with the Protocols for Native American Archival Materials. Notable speakers include the Honorable Steven Point, Grand Chief Ed John, Chief Dan George, and many others.

The Union of B.C. Indian Chiefs retains copyright for this material. If anyone has concerns about usage or permissions regarding this material, please contact the UBCIC Library and Archives or consult our permissions application and agreement form.

The UBCIC 7th Annual General Assembly Moving Images Digital Collection is hosted by the Union of BC Indian Chiefs and the Internet Archive. It was made possible by the generous support of the Irving K. Barber Learning Centre BC History Digitization Project.