The BC Utility Commission’s interim report on the Site C megaproject – released on Wednesday – provides further proof that the federal and provincial governments acted irresponsibly when they granted approval for construction of the massively destructive dam.

“The interim BCUC report confirms what so many of us have been saying all along: there’s simply no credible rationale for the devastating harm that would be caused by the flooding of the Peace River Valley,” said Chief Roland Willson of the West Moberly First Nations.

In its interim report, the BCUC said that it did not have enough information yet to offer a conclusion on the costs of continuing construction versus suspending or cancelling the project. However, the report does set out a number of concerns about how BC Hydro is forecasting future energy needs. The interim report also states that if greater capacity is actually needed in the future, alternative sources such as biomass, geothermal and solar need to be considered. The report noted that information provided by BC Hydro reflects an “implicit assumption” that Site C is the only option that would be pursued.

“Up to now, the whole decision-making process has ignored the fact that our rights as Treaty people are at stake,” said Chief Lynette Tsakoza of the Prophet River First Nation said. “The joint federal-provincial environmental impact assessment of the Site C dam was clear that flooding the Peace River Valley would destroy hundreds of graves and other cultural sites and cause severe, permanent and irreversible harm to the natural environment on which we rely. All this was pushed aside in the rush to build Site C.”

Grand Chief Stewart Phillip, President of the Union of BC Indian Chiefs said, “"Even within the narrow confines of its limited mandate, the BCUC has identified quite a few questions about the true cost of BC Hydro's mega-project and an absolute failure to properly consider real alternatives. The undeniable fact that so many questions remain unanswered at this late date clearly underlines the truth all along that approval of Site C was a bad decision financially, environmentally, and politically. The new BC Government needs to make the best decision for all and cancel Site C.”

In approving the project over the objections of First Nations, the federal and provincial government asserted that the extreme harm caused by Site C would be “justified” by its claimed economic benefits. These are the benefits that the independent BCUC review is still debating.

“Decisions about resource development in such a region as unique and valuable as the Peace River Valley need to be made with great care and rigour,” said Faisal Moola, Director General with the David Suzuki Foundation. “Clearly, that didn’t happen with the approval of the Site C dam. Fortunately, the new provincial government now has a chance to get it right. When it makes its final decision, we are hopeful that the province will recognize that there are countless social, economic and environmental benefits to protecting the Peace River, including at long last treating Indigenous rights with justice and respect.”

Last month, the United Nations’ top anti-racism body – the Committee on the Elimination of Racial Discrimination – condemned construction of the Site C dam as a violation of Canada’s human rights obligations and called for an immediate halt to construction.

“A unique ecosystem, multi-generation family farms, and the cultural heritage and Treaty-rights of the Dunne-Za and Cree peoples are all at risk if Site C proceeds,” said Alex Neve, Secretary General of Amnesty International Canada. “The new provincial government has committed to much needed investment in BC’s infrastructure and social services, while also upholding the rights of Indigenous peoples. The Site C dam simply has no place in that mix.” 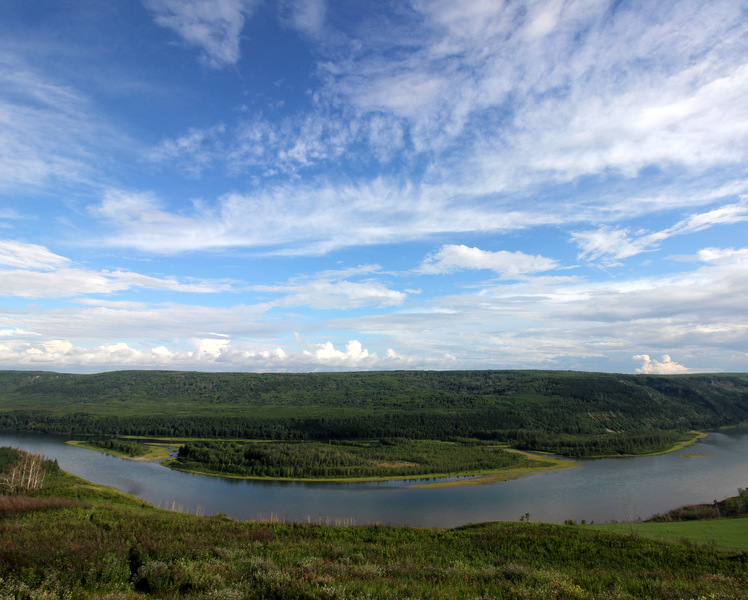